One of the themes of JUMP is the intersection of crafts and games; see for example Shanique Thompson’s panel Craft Me A Gamer, online on 23 September; Rianna Suen’s new pattern-making game Motif, online from 18 September and in person on weekends; or piñata workshops and wooden play at the Waltham Forest Games Market on Saturday 25 September.

To explore this theme further, we invited games writer and presenter Jordan Erica Webber to write about her experiences of craft in games.

I’ve always said that I’m not a creative person, which is why I wrote a book about video games and philosophy rather than, say, a novel. But I have always loved to create, and it turns out that games have always been a part of that, providing structure that stands in for the kind of endlessly inventive imagination I imagine other people to have.

Every kid is encouraged to draw, but the drawings I produced tended to be copies so rigid and precise that people accused me of tracing them. I copied characters from my Rugrats comic books and, naturally, 2D sprites from my favourite video games. The Pokémon series was perfect fodder, by its very catch-’em-all nature producing ever more unique and interesting creatures for me to recreate. I even once dipped a toe into the world of 3D, making a little Jigglypuff (my favourite) out of playdough or some other kind of clay and taking it to school as a good luck charm.

Games of various kinds gave me a way to attempt something slightly more imaginative within the bounds of their rules. Like many kids we played Exquisite Corpse, passing around folded pieces of paper on school trips and unfolding them at the end to reveal cartoon people made of a head from one kid, a torso from the next, and so on.

In 1997 Broderbund (the publisher behind the incredibly successful puzzle adventure game Myst but also dozens of educational games like Carmen Sandiego) published a game from developer ToeJam & Earl Productions called Orly’s Draw-A-Story. In the game, the titular Orly (a Jamaican child voiced by Alreca Whyte) narrates animated stories, with regular pauses for the player to draw some of the characters and objects that appear in the tale.

Sometimes you’re presented with a blank sheet of paper, but often existing features guide you, like the trunk of a tree awaiting your hand-drawn branches. Perhaps, like Exquisite Corpse, you’re given a character’s shoulders and asked to draw his head, and then add a happy or sad mouth for the game to swap in and out as required. The drawing environment features a range of paint swatches to use and even cleverly keeps the paint within the player’s pencil lines, so a determined child can produce quality contributions to the stories in the game.

At the turn of the millennium, my interest in other computer games all but evaporated as I was introduced to a new series that would become a lifelong favourite: The Sims. I spent so much time building virtual houses for my virtual families that people decided I should aspire to become an architect (of course, it did contribute to my eventual career, though we couldn’t have predicted that at the time).

Away from the computer I took the game to paper, drawing what I imagined to be architectural diagrams of the houses I was going to build, floor plans laying out the furniture, with little lines representing which way the door would open. This year, I found myself doing the opposite: using The Sims 4 to plan the layout and colour schemes for the real-world home I was about to move into.

Like many “Simmers”, I have spent thousands of hours in these games and often find myself looking for more playful ways to approach it, which the community call “Challenges” (Legacy Challenge, 100 Baby Challenge, Rags to Riches Challenge, etc). A subset of these are the Build Challenges, where Simmers who like to build houses test their skills by imposing restrictions on themselves, like building a house all in one colour, or with their monitor in Greyscale Mode, or with each room only using items from a randomly selected add-on pack.

Often these Build Challenges involve an element of randomness, turning the act of building itself into a kind of game. An exception is Shell Challenges, where popular Sims YouTubers build the “shell” of a house (basically just walls, arranged in whatever challenging layout they decide) and challenge their viewers to turn it into something spectacular, touring their favourites in a future video. I find these Shell Challenges so interesting that I’ve started working on a way to inject randomness into them, by creating a tool that can generate endless shells that work within the rules of the game.

So many people watch these kinds of challenges on YouTube and Twitch that the developers of the games have started to incorporate features from these videos into updates to the game. The Sims 4 Tiny Living, a Stuff Pack that introduced gameplay bonuses for houses of certain sizes and items with which to furnish them, was surely inspired only in part by U.S. reality television shows like Tiny House Nation and in part by the Sims YouTubers who had been challenging themselves to build tinier and tinier houses for years.

Another pack that seems designed to appeal to people who make videos about The Sims is The Sims 4 Dream Home Decorator. As well as dozens of new pieces of furniture, the game introduces a new career for your Sims in which they must decorate and furnish their clients’ homes according to their likes and dislikes. Maybe they like “Garden” decor but hate the colour green? You figure out how to give them the home of their dreams.

When even the continuous trickle of official new content isn’t enough, players turn to user-generated custom content, casually called “CC”, created by Simmers dedicated enough to learn how to use 3D modelling programmes to create their own objects to import into the game or even share with other players. For some this is just a way to supplement the existing content with a better variety of tee shirts, plants, or kitchen clutter. For others, like EbonixSims (who I’ve previously interviewed for my podcast Talking Simulator), who’s known for creating custom content for Black Sims like hairstyles, it’s about redressing a lack the game’s creators took too long to acknowledge.

Since so many Sims players are so creative, it’s unsurprising that the developers continue to add crafty content to the game, from woodworking to knitting. A recent expansion inspired by the English countryside, called The Sims 4 Cottage Living, introduced the ability to make various kinds of jam. I was particularly excited about the cross-stitch kit, with which Sims can recreate in-game patterns of things like food or animals, or even stitch by reference, creating a stitched replica of a real-world scene.

Cross-stitch is one of my main creative outlets these days, and the cellular nature of it means I have often turned to pixellated video games for inspiration, making little bookmark gifts with characters from games likePokémon or Undertale for friends and family. My other outlet, as anyone who follows me on Instagram will know, is baking, and even here games have played a part. Before I had baked my first batch of cookies, I played the Easy-Bake Oven CD-ROM Playset, a plastic kitchen that you strapped to your computer keyboard so that when you interacted with its toy egg or oven or rolling pin it could trigger an action in the game.

More video game players than you might think are also bakers, as was demonstrated by the popular (if currently on hiatus) Gamerbake competitions that took place across the UK, where contestants submitted bakes inspired by video games. There are several official cookbooks for games like The Elder Scrolls, and YouTubers like Binging with Babish make a living trying to recreate foods from fiction, games included (which has even earned him a cameo in The Sims). Unsurprisingly, I tend to bake by rigidly following recipes, but maybe I could shake things up by adding some game-like rules to the mix? What if I had to randomly select ingredients and try to turn them into something delicious? …That’s just Ready Steady Cook, isn’t it?

Jordan Erica Webber is the resident gaming expert on The Gadget Show (Channel 5), an arts and culture presenter for BBC Radio 4, and host of podcasts like Chips with Everything, Wild Wild Tech, and Talking Simulator.

She has written for the Guardian for nearly a decade, and co-authored the book Ten Things Video Games Can Teach Us (about life, philosophy and everything).

Jordan is particularly known for her insightful skill as an interviewer, and her ability to make conversations around video games and digital culture accessible and engaging to a wider audience. 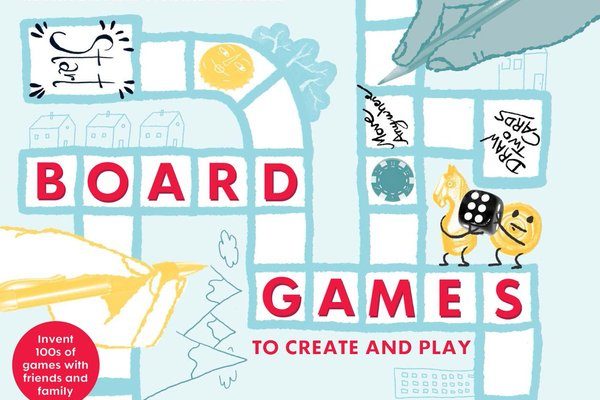 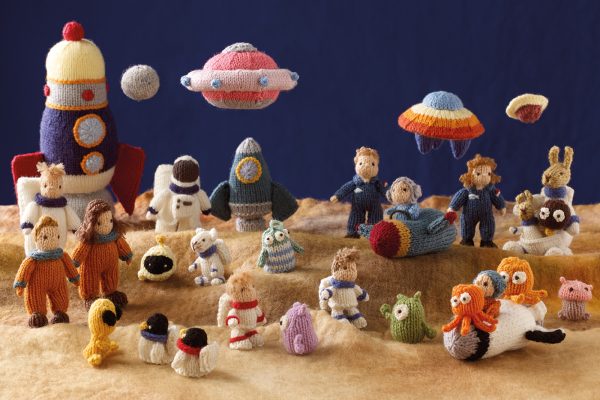 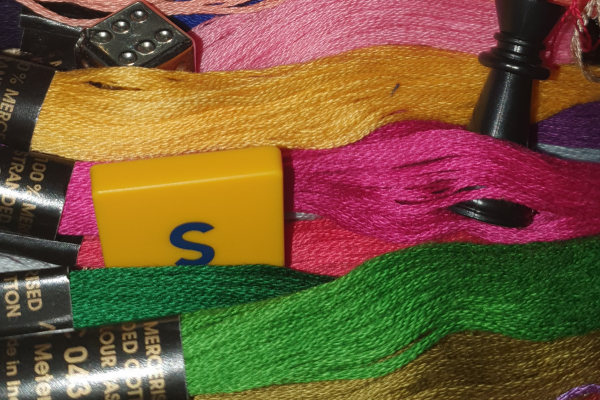